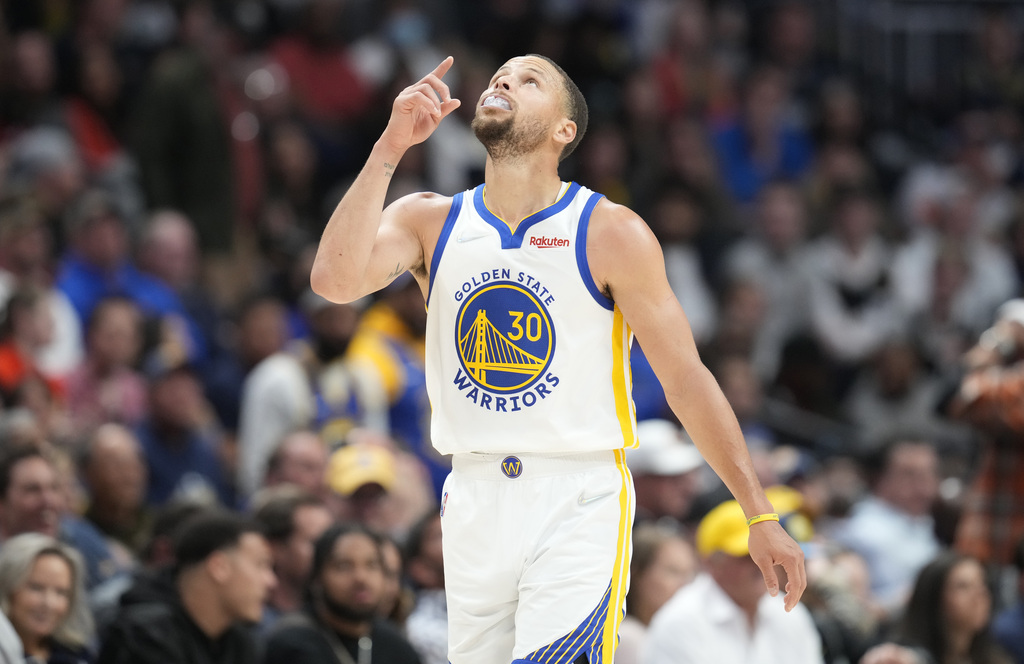 SAN FRANCISCO – The Warriors are set to start their lethal three-guard lineup Wednesday night for the first time this season as Stephen Curry was reinserted back to the starting lineup for the first time since suffering a foot injury last month.

Golden State revealed its starting lineup about 30 minutes before tip-off of Game 5 of the first-round series against the Denver Nuggets at Chase Center.

Coach Steve Kerr on Tuesday said Curry was cleared to play without restrictions. The news came two days after Curry played 37 minutes in the Warriors’ Game 4 loss, which sent the best-of-seven series back to the Bay Area.

Curry will start alongside Klay Thompson, Jordan Poole, Andrew Wiggins and Draymond Green. The means the durable Kevon Looney was the odd man out and sent to the bench for the beginning of what could be the clinching game of the Warriors’ first-round playoff series against the Nuggets. That lineup has outscored the Nuggets by 26 points in 32 minutes together this series. The group looked to struggle early in Game 4 but they came in clutch down the stretch, though Denver ultimately came out victorious.

“Is it tough to guard? Yes, it is,” he said. “But we’ve seen it for four games already. So if they decide to start that way so be it, and we’ll make our necessary adjustments depending upon who they start. But at the end of the day, we know when the gmae is on the line who’s going to be on the floor for them, and we’ve seen that many, many minutes in this series so far.”

Curry had come off the bench in the first four games of the series, which the Warriors lead 3-1.

“It feels good knowing everything is moving in the right direction managing the injury,” Curry said Tuesday after practice. “These first four games, it’s obviously been a little different and [I tried] to make the most of it, and it’s gone pretty well.”

Pain management is still something Curry and the training staff will closely monitor as the sprained ligament and bone bruise in his left foot continues to heal.

“Every game it gets less and less,” Curry said. “… We’re still on that journey even though I can bump my minutes to what they’re usually at.”

Since his return, Curry is averaging 27.5 points per game while shooting 51.4% overall and 38.9% from beyond the arc. He’s also averaging 5.5 assists, three rebounds and 1.5 steals per game this postseason.