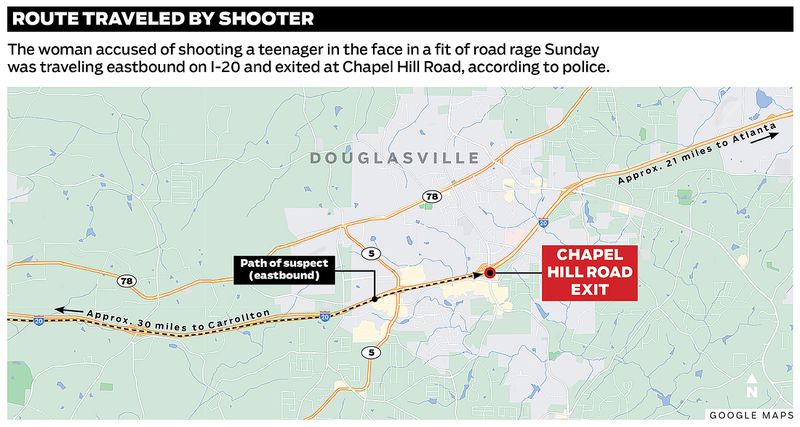 The victims told police they were near Ga. 5 when Griffith pulled up next to them and fired at least one shot before exiting at Chapel Hill Road. Another passenger in the victim’s vehicle was able to take a photo of the suspect, which was posted to social media. Within a short time, multiple people called police to identify Griffith.

After the shooting, Griffith is accused of continuing on her way to get a manicure, a choice the judge questioned during Monday’s hearing, according to Channel 2. Griffith did not provide a comment about getting her nails done.

By 11 p.m. Sunday, Griffith had turned herself in at the Douglasville Police Department, the release states. She has been charged with four counts of aggravated assault and possession of a firearm during the commission of a felony. She also faces three counts of cruelty to children after police said they learned her three kids, ages 4 to 9, were with her at the time of the alleged shooting.

The allegations that Griffith continued on to the nail salon after the shooting left Dianna Crouch shocked, she told Channel 2.

“That just blows my mind,” she said. “That makes me think she had no remorse.”