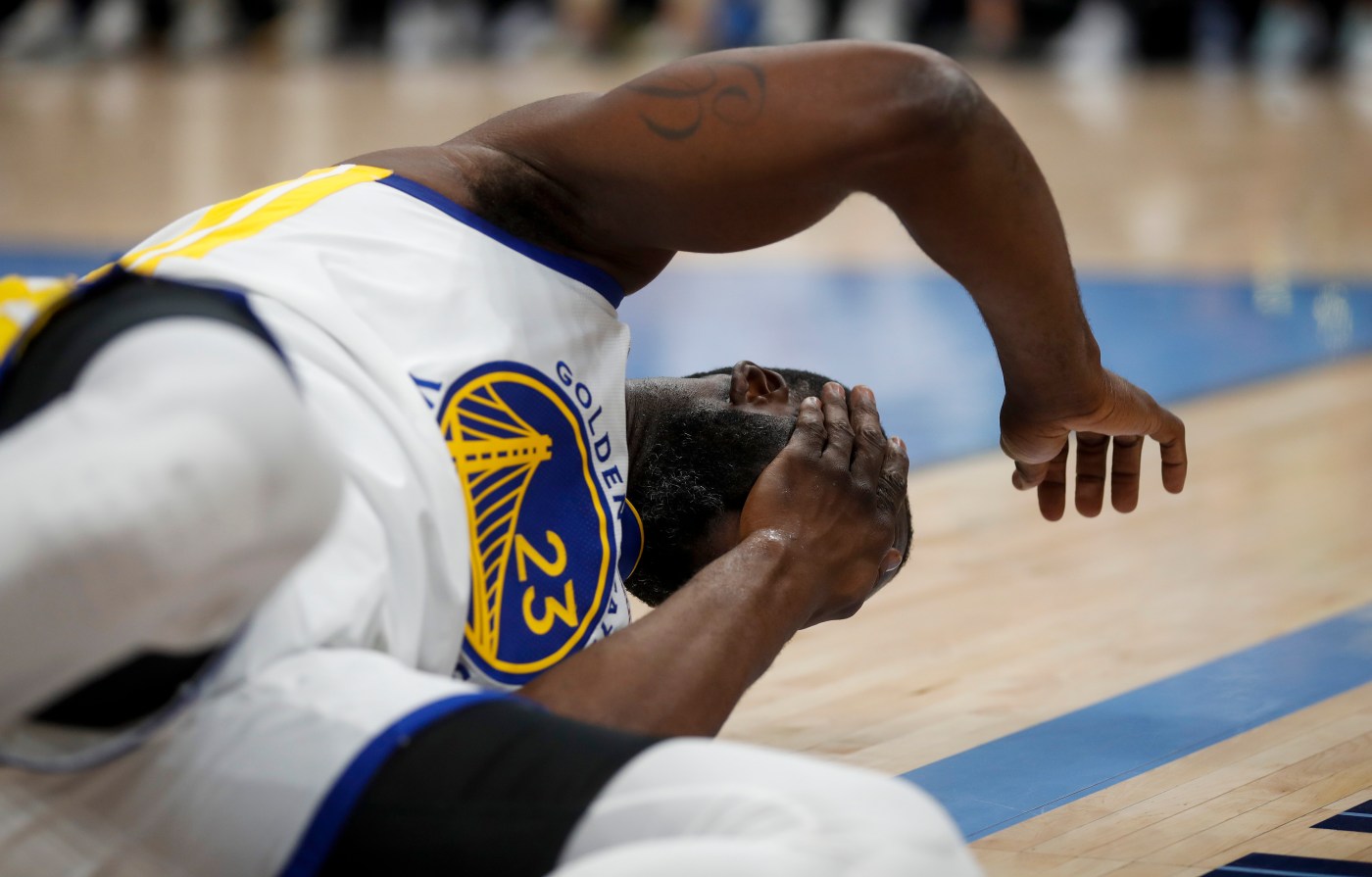 MEMPHIS, Tenn. — The typically talkative Draymond Green didn’t have a lot to say after the Warriors’ Game 2 loss. The bloody shiner under his eye did all the talking.

And so did the two middle fingers he flipped to Grizzlies fans at FedEx Forum who boo’d him as he walked to the locker room early in the first quarter nursing a cut on his right eye that later required stitches mid-game. Well, he had a lot to say about that:

“You want to boo somebody who got elbowed in the face, blood running down their face, you should be flipped off. I’ll take the fine, I’ll do an appearance and make up the money. But it felt really good to flip them off. You want to boo someone that got elbowed in the eye and blood running down my face? I could have had a concussion. If they’re going to be nasty, I’m going to be nasty too. Im assuming the cheers was because they knew I’d be fine. Great. I make $25 million a year. I should be just fine.”

Green had a target on his back already after speaking out publicly and frequently against the league’s decision not to overturn his flagrant two foul against Brandon Clarke in Game 1. The Memphis fans poured the boos on heavy from the time Green was introduced to the time he first touched the ball on an offensive possession to the time, just three minutes into the game, that Green walked off the court injured.

Those boos seemed to subside a bit when Green returned for the start of the second quarter with a few stitches in his eye.

But the sting of Xavier Tillman’s elbow thrashing his eye socket only added to the sting of losing a winnable game in Memphis on Wednesday night. They lost Game 2 107-101, where poor shot selection late sank all the poise they could muster to make Ja Morant’s spectacular 47-point game a thriller.

Green wasn’t his best, albeit operating with one functioning eye. But his return helped spark a Warriors’ claw-back that needed that kind of heart.

The Warriors predicted Game 2 would be the most physical game they’d play this year, but Memphis managed to cross the line. With their college coach Tom Izzo in the building, fellow Michigan State alum Tillman threw an elbow at Green that had him writhing in pain on the baseline for a good 30 seconds before he had to return to the locker room with blood dripping down his face. Green didn’t think Tillman’s elbow was intentional.

“I don’t know if it was inadvertent and I don’t really care,” Green said.

But Memphis crossed the line earlier, Dillon Brooks threw an arm across a defenseless Gary Payton II on a layup attempt that forced him to the ground hard. Payton, one of the few Warriors that can stifle Morant, fractured his left elbow with an MRI to come.

A physical game turned into a costly one. But Green put the next steps forward pretty bluntly.