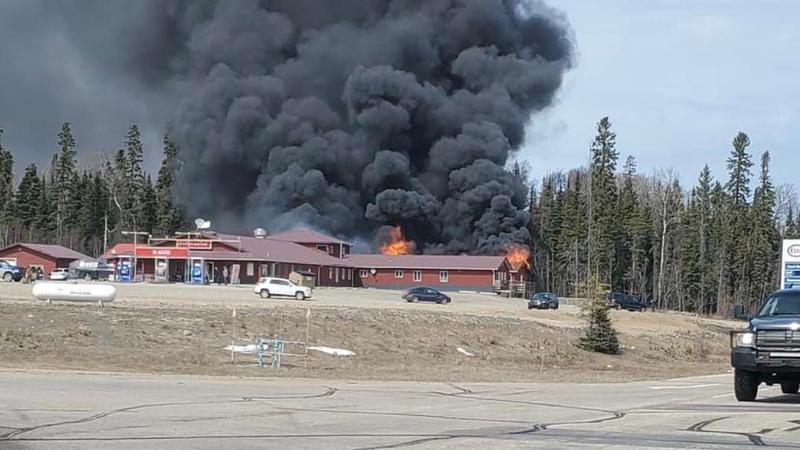 Approximately 45 minutes north of Prince Albert, LT’s Food and Fuel on Highway 2 North at the turnoff to Waskesiu was engulfed in flames this afternoon.

According to an update on the Lakeland and District Fire Department’s Facebook page, at 1:24 p.m. they responded to the fire to find the building at the rear of the main structure fully involved in flames.

They say the motel is a total loss but they were able to stop it from spreading to the main store and restaurant thanks to the work of the crews involved.