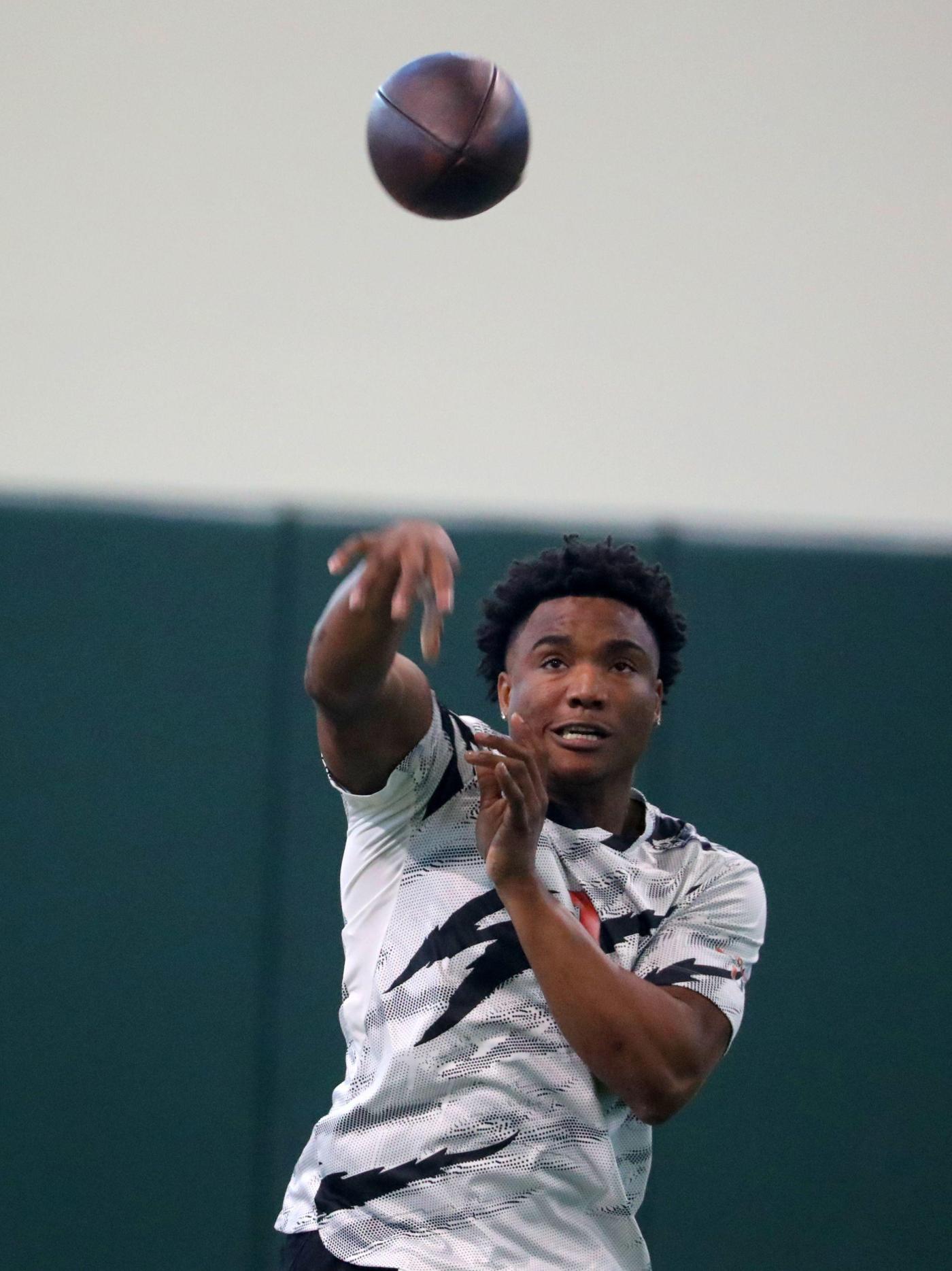 D’Eriq King is determined to play pro football. The former Hurricanes quarterback said he’d play any position, even “wash the car” if he had to.

He’ll get his chance. The Patriots, who have a second-year quarterback in Mac Jones who struggled to end his rookie campaign, picked Western Kentucky signal-caller Bailey Zappe in the fourth round and then inked King to a free agent deal after the draft on Saturday.

Although King primarily played quarterback in college, he also had experience at wide receiver and worked out at both positions.

“The more you can do, the more valuable you are,” King said at the Hurricanes Pro Day on March 30.

After playing four seasons at Houston, King transferred to Miami before the 2020 season. He had a strong 2020 campaign, passing for 2,686 yards and 23 touchdowns while running for 538 yards and another four scores. His first season at UM ended with an ACL and meniscus tear King suffered in the Cheez-It Bowl.

King returned for the 2021 season and threw for 767 yards, three touchdowns and four interceptions with 96 rushing yards in three games. His college career ended after three games in 2021 when he suffered a season-ending shoulder injury.

“I love football; I love the game of football,” King said. “Whoever gives me the opportunity to play at the next level: receiver, running back, special teams. I don’t care if they tell me to go wash the car. I’ll do it.”